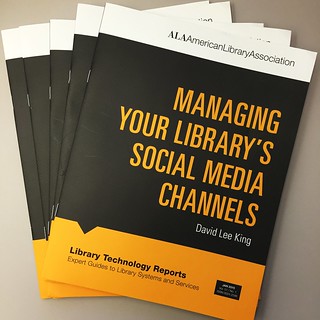 Just an FYI – my new Library Technology Report is out! It’s titled Managing your Library’s Social Media Channels. What’s it about? From the introduction:

“The process of implementing, managing, and measuring social media channels in a library setting will be discussed. Tips include:

Here’s a brief summary of each chapter:

There you have it! Get it at the ALA Store.