My library has been experimenting with YouTube Video Ads. They are pretty cool!

So awhile ago, we were talking to Koios, who runs our Google Ad Grant program. They mentioned YouTube video ads in passing, which we had never done before. After talking about it, we decided to make some video ads and do some experimenting.

We created a 15-second video for the ad, and Koios helped us set the first one up in Google Ads. That went pretty well, so we made four more video ads. I set the rest of them up (I don’t think Koios is doing this anymore – but don’t take my word for it!).

Why make YouTube video ads? It’s a way to easily share about new services and other important library news with our customers.

We have been getting lots of people asking “are you open again?” (we are in the midst of a phased reopening plan). Because of that, our Marketing department launched a re-opening campaign. The video ads are part of that campaign. We also are doing some direct mailing, adding “we are open” stories to e-news and social media, and even have billboards up around town with that message (yes, I’m on a billboard!).

Our other video ads share how the library is clean and safe (i.e., pandemic stuff), and then about three new library services – Curbside Pickup, Book Bundles, (3-4 books bundled together that you can check out), and our new Browsing Just for You service (you fill out a form, we’ll pick books for you).

We think the video ads are doing pretty well!

Here’s what we have done:

Are they working? Yes, I think so. I know they are being watched – I’ve had people tell me they saw me on YouTube 🙂 I’ve even had one person tell me they saw me on a TV commercial! Either they watch YouTube via their TV (apparently lots of people do that?), or it’s quite possible that Google Ads has some partner sites (Netflix? Hulu? Not sure).

So – people in Shawnee County are getting served the videos, and therefore are getting our message that the library has opened back up. We are also getting more people visiting the library again. There are lots of reasons for that – not just the video ads or our re-opening campaign. But I’m sure it has helped!

If you haven’t yet experimented with social media ads, this is a great time to try them out, because there are still lots of people working from home, staying safe at home, etc.

So – spend a little money, learn a new skill or two, and see if YouTube ads help meet your library’s goals!

Almost forgot – here’s my presentation about making videos for the library. I gave it last week at the American Library Association’s annual conference. 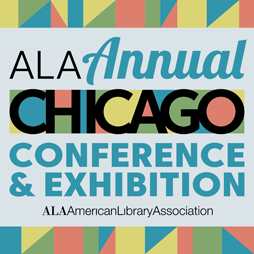 Going to ALA Annual in Chicago in a couple of days? If so – come see me speak!

I’m giving a talk about videos, along with Christina Norton, Justin Georges, and Steven Milewski.

Description: Video on the web is one of today’s hottest social networking trends. But what can online videos do to promote your library? A public library and a university library will both share what they have learned and how realistic expectations can bring success. The presenters will cover: planning and implementation, shortcuts, tips on what types of content work best, recording and editing the audio and video, accessibility, assessing traffic and impact, and how to create a video team. Learn why your library should create and post online videos!

So come check out our presentation, ask questions, etc. I’ll post my slide here after the presentation, if you miss it (but don’t miss it!).

See you on Saturday!

Over the weekend, I made this video – it’s a short video of me teaching my daughter to parallel park (fyi – she did great!).

That way, you get the best of both worlds.

I was recently reading 5 facts about online video, for YouTube’s 10th birthday at the Pew Research Center, and found this:

The article also says that 72% of online adults use sites like YouTube and Vimeo. They are watching videos.

Ok then. Why are we not using YouTube more? It is more widely used that LinkedIn and Twitter combined!

So … some things you can do to start (we’re working through the same things):

And the hardest one – just start already. Make sure the video is short and the audio can be heard (most important thing in a YouTube video), and post that video. Then post it to social media (think about uploading separately to Facebook) and your website.

Then rinse and repeat, and see what happens.