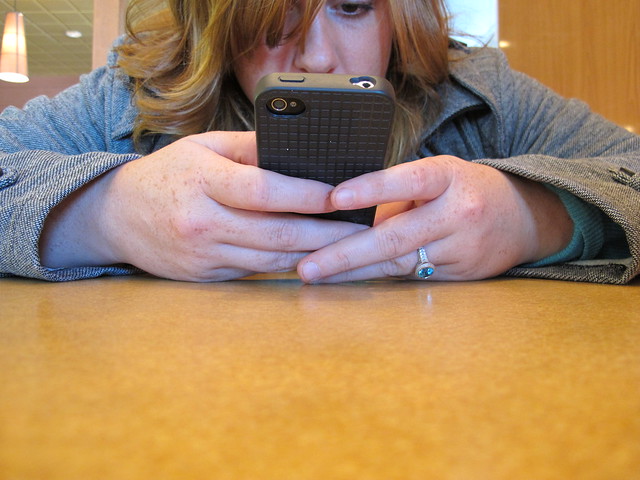 In my last article, I talked about the silliness of a CEO’s belief that smartphones are bad. There is another side to that coin – some people are really, truly addicted to their favorite mobile device. Or at least “have issues.”

If you are one of those, what can you do? Here are some suggestions, culled from the depths of Google (ok – just the first 8 or so articles that I found): 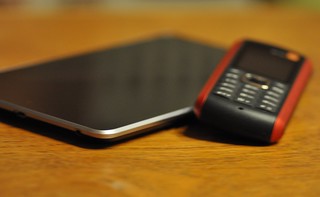 I just saw this article (via Beth Kanter’s Twitter feed) about the evils of smartphones. In this particular article, Sheldon Yellen talks about being a more effective CEO by continuing to use his old flip phone.

He says this: “keeping my flip phone and saying “no” to constant interruptions was one of my most profitable business decisions.” He then goes on to talk about all the distractions that a smartphone introduces (like he’d know, since he still uses a flip phone).

He then talks about how distracting smartphones can be: “One of the main factors in my decision was the distraction that smartphones introduce. I’ve seen people stare under the table in meetings, glued to an app rather than contributing.” Yeah. So, when you were noticing your employees checking their email rather than being attentive in your meetings? That means the meeting was boring. Stop holding boring meetings! Problem solved.

Then Sheldon provides four “benefits” to going without a smartphone. Here’s the list of benefits with my comments:

1. Increased efficiency. He thinks that freeing oneself from smartphone apps makes you more productive. Then he talks about how Facebook costs U.S. employers $28 billion in lost productivity annually. First of all, the article Sheldon points to doesn’t mention anything about the Facebook mobile app, so it’s a bad comparison for his article. Secondly, there are quite a few articles that talk about how Facebook makes employees MORE productive at work. And of course, there’s the added irony that his own company has a Facebook Page.

2. Direct Communication. Here, he’s confusing his preferred method of communication (phone calls and taking notes by hand) with something that works for everyone. Simply not true. For example, I type faster than I write, and when I want to remember something, I email it to myself and stick it in a folder for later recall.

3. More mental exercise. Sheldon thinks that doing things like calculating tips makes your brain work better, rather than relying on smartphones. Hmm … have any proof ofÂ that? Because there are plenty of articles that claim our digital devices just might be making us smarter.

I’m pretty sure most of you lovely readers know this – owning a smartphone is not the issue here. Here’s what I’d suggest to Sheldon: get a smartphone and really learn how to use it. Use it for 3-6 months. Have someone help you find some really useful productivity apps.

Then write another article about the experience. Hard to write about the evils of a smartphone if you’ve never owned one! 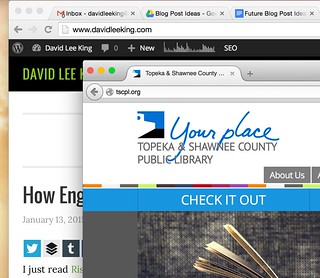 And it’s an easy one. Use separate browsers for work and personal stuff. This works great for me. For example, I’m logged into my personal Google account (for gmail, Google plus, Google Apps, etc.) all the time at work. I use Chrome for that. Chrome is also hooked into Facebook, my personal Twitter account, etc. – pretty much anything “me related” goes on Chrome.

So – a simple tip that might work for you. Have any other tips to share? Please do! 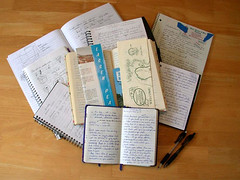 I just came back from Computers in Libraries 2014 … with three pages of notes. I heard some useful stuff this year!

I also changed how I’m taking notes, in hopes of making them more useful. In the past, I have been known to furiously type everything I hear, plus some ideas I get during the presentation, and post those notes as a blog post.

This year, I just wrote down the stuff I found interesting, and any ideas I got while listening (well, I actually typed them in the IA Writer iPad app, but you get the idea).

Many of us do this. We take notes while at a conference or during a meeting, and then when we get back home … we don’t really do anything with those notes. Myself included.

So this year, after the conference, I arranged my notes in a more “useful” way by placing all those thoughts and ideas into loose categories, like this:

Get the idea? Each category is really an action, which get turned into action items on my to-do list when I get back home. For example:

A local non-profit board that I’m on recently rearranged their meeting minutes this way, and it really works for us (I can thank my wife for having that great idea, too). For the board meeting, our categories include: Information, Decisions, Open issues, and Action Items. That simple tweak has helped us be more organized. Hopefully it will work better for me personally, too!

So – what do YOU do with all those notes, thoughts, ideas, etc when you get back from the conference? Any good ideas? Please share!